The scapulothoracic bursitis is a medical term that describes a painful pathological condition in the area of ​​the scapula. It is usually associated with crepitation and is believed to be the result of inflammation (bursitis) below the scapula. The serous membrane, in normal conditions, allows the scapula to slide on the chest wall.

This rare bursitis can occur after repeated upper extremity movements over the head, which causes changes in the biomechanics of the shoulder muscles, which due to fatigue cease to function in a coordinated manner. This increases the friction of the scapula on the chest wall and the membrane between them becomes irritated and inflamed.

As mentioned, this is a rare condition and there are very few data on the diagnosis and treatment of the condition. 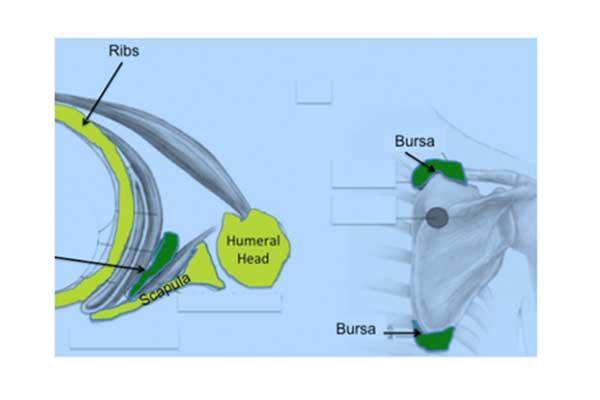 Patients often report “cracking” sounds or noises during movement accompanied by pain at the upper end of the scapula. It is observed either to athletes during sporting activities or to workers who repeat specific movements of the upper limbs over the head.

The test is performed with the shoulder and torso fully exposed, so that the examiner can observe the entire shoulder zone and scapula. Initially, the symmetry of the shoulders is examined in case there is some weakness of the scapula muscles. The patient is then asked to raise and lower his/her upper extremity to assess shoulder movement and identify the area of pain. 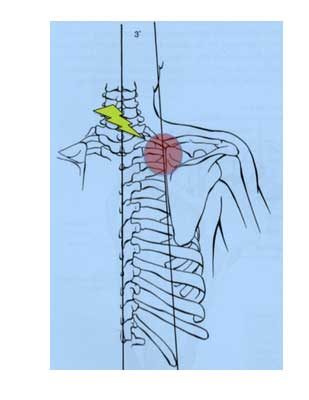 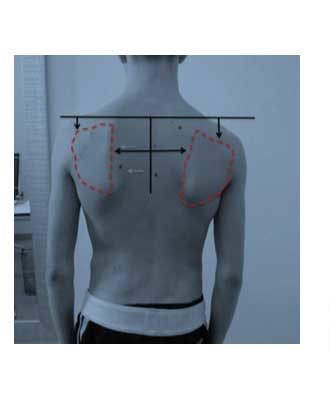 Simple radiographs are usually not able to show any abnormality on the scapula which is responsible for the inflammation of the serous membrane. Computed tomography, however, can accurately describe the shape of the scapula.

The scapula is in contact with the ribs (red circle), causing inflammation and bursitis.

The weakness of the scapula’s muscles on the left side causes asymmetry between the two sides.

The normal motion of the scapula provides the hand with the ability to move over the head. 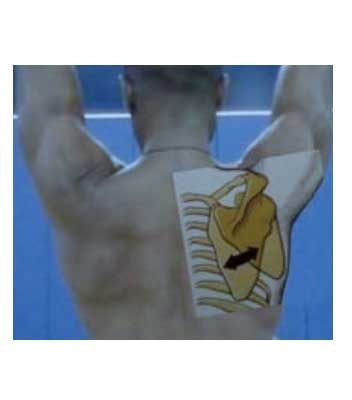 The treatment must initially be conservative. The primary concern is to relieve the patient with an injection of corticosteroids into the serous membrane. The injection is not only therapeutic but also diagnostic.

This CT tomography depicts the 3D anatomy of the area. The red arrows show two rib fractures which are not healed, causing irritation and inflammation of the serous membrane during movement. 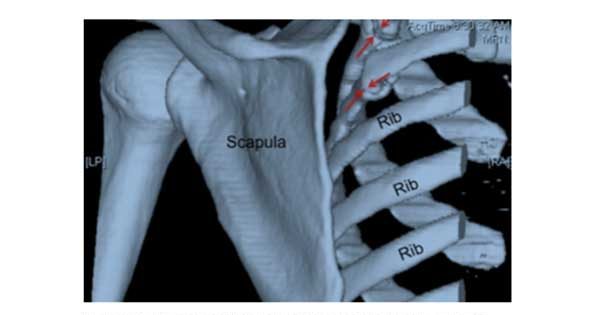 In addition, a physiotherapy program is recommended to strengthen and coordinate the shoulder muscles.

Anti-inflammatory drugs can be administered supplementary to relieve pain.

Surgery is intended for those patients who are still suffering, affecting their quality of life. A positive response and – at least – temporary relief after an injection of corticosteroids is a prerequisite for the procedure. If the patient is not relieved by the injection at all, the operation is likely to be ineffective.

Removal of the serous membrane in cases of chronic pain is performed arthroscopically. The patient is placed in prone position and the arthroscopic instruments are inserted under the scapula. In addition, a small part of the scapula is removed so as not to cause a painful impact of the scapula on the ribs that may be performed in arthroscopic or open surgery, with a small incision.

The injection is performed in the bursa under the scapula. 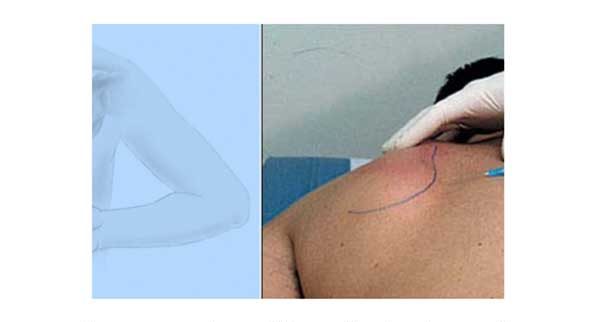 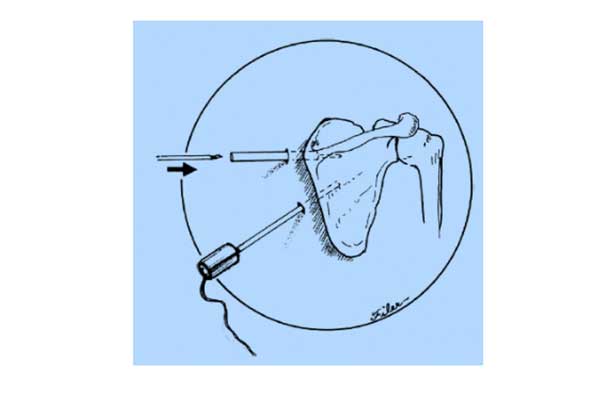 The patient usually is discharged from hospital on the same day of surgery. A 4-week suspension folder is placed for the healing of the shoulder muscles. Physiotherapy begins a week later and includes passive exercises. After 4 weeks post-operatively the patient may return to his daily activities, and after 3 to 4 months he/she may return to his/her sports activities. 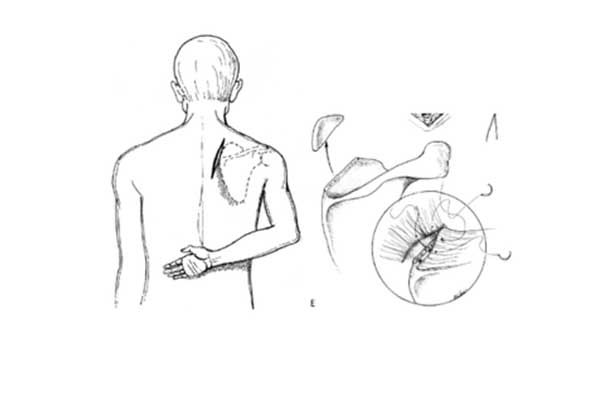