The posterior cruciate ligament lies at the back of the knee. It is one of the ligaments that hold the knee joint stable. In particular, it prevents the tibia from over-sliding relatively to the femur. The rupture of the posterior cruciate implies an injury of high force (serious injury). The most common cause is a knee stroke on the dashboard of a car in traffic accidents or a fall of an athlete on his already bent knee. 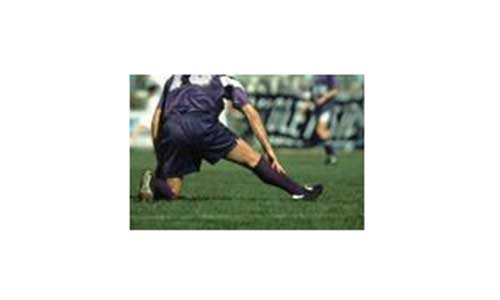 The knee joint consists of three bones: the femur, the tibia and the patella. The last one lies in front of the knee and provides, among other things, protection.

These bones are joined together by ligaments. There are 4 main knee ligaments that act as strong straps that hold the bones in place and stabilize the knee.

It consists of two parts that form a structure in the size of a human’s toe.

Injuries to the posterior cruciate ligament are not as common as other knee injuries. They are more difficult to diagnose and are often accompanied by injuries to other knee structures.

These injuries are called sprains and are classified according to their severity.

Grade 1: The ligament is slightly injured. It may be partially extended, but it still maintains its ability to keep the knee joint stable.

2nd Grade: In this type of sprain the ligaments is extended to the point where it becomes looser. This is often referred to as partial rupture of the ligament.

Grade 3: This type of sprain is referred to as a complete rupture of the ligament. The ligament is torn and the knee joint becomes unstable. 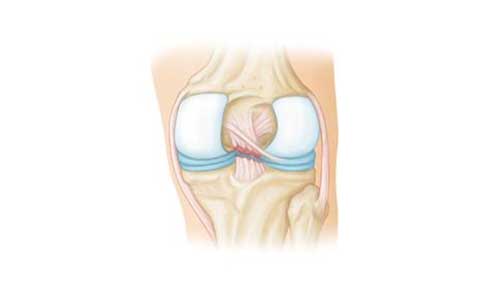 Injury to the posterior cruciate ligament is caused by strong forces and consequently they constitute high-force injuries.

Typical symptoms after rupture of the posterior cruciate ligament are:

During the first examination the Orthopedist receives a detailed medical history. Then, he/she checks all the ligament elements of the injured knee during clinical examination by comparing them with that of a healthy knee. Often the knee feels like it is sinking backwards due to the tibia sliding relatively to the femur.

Radiographs and MRI can help in the diagnosis.

Radiographs: Although they cannot depict the posterior cruciate, they exclude the possibility of a tibial fracture, while being able to depict small detachable fractures, due to the tension of the ligament during injury.

Magnetic Resonance Imaging: It is a useful tool for detailing the posterior cruciate ligament.

If the injury is limited only to the posterior cruciate ligament, conservative treatment can offer very good results. Immediately after the injury, the patient is relieved with ice therapy, elastic knee bandaging and leg lifting.

Immobilization: It is recommended to use a splint to immobilize the joint. In addition, crutches help to move the patient without charging the leg.

Physiotherapy: After the initial edema of the first few days, the patient should start a recovery program with exercises. With these special strengthening and stretching exercises, the knee regains its functionality and strength.

In the event of a combined injury, the Orthopedist may recommend surgery. In the case of knee dislocation and/or multiple ligament injuries, surgery is required.

Surgery: It is performed arthroscopically through small incisions and is less invasive. The benefits of the arthroscopic method include less post-traumatic pain, shorter hospitalization time and faster recovery.

The surgical repair of the posterior cruciate ligament is constantly being improved with new techniques that reduce the recovery time.

Rehabilitation, whether after surgery or not, plays a vital role in returning to daily activities. The physiotherapy program helps to recover the movement and strength of the knee. Usually, physiotherapy begins 1-4 weeks after surgery.

The time of recovery after rupture of the posterior cruciate ligament depends on the severity of the injury and the accompanying injuries.

In case the injury requires surgery, it will take several weeks to get back to work. It may take 6 to 12 months for the joint to fully recover.