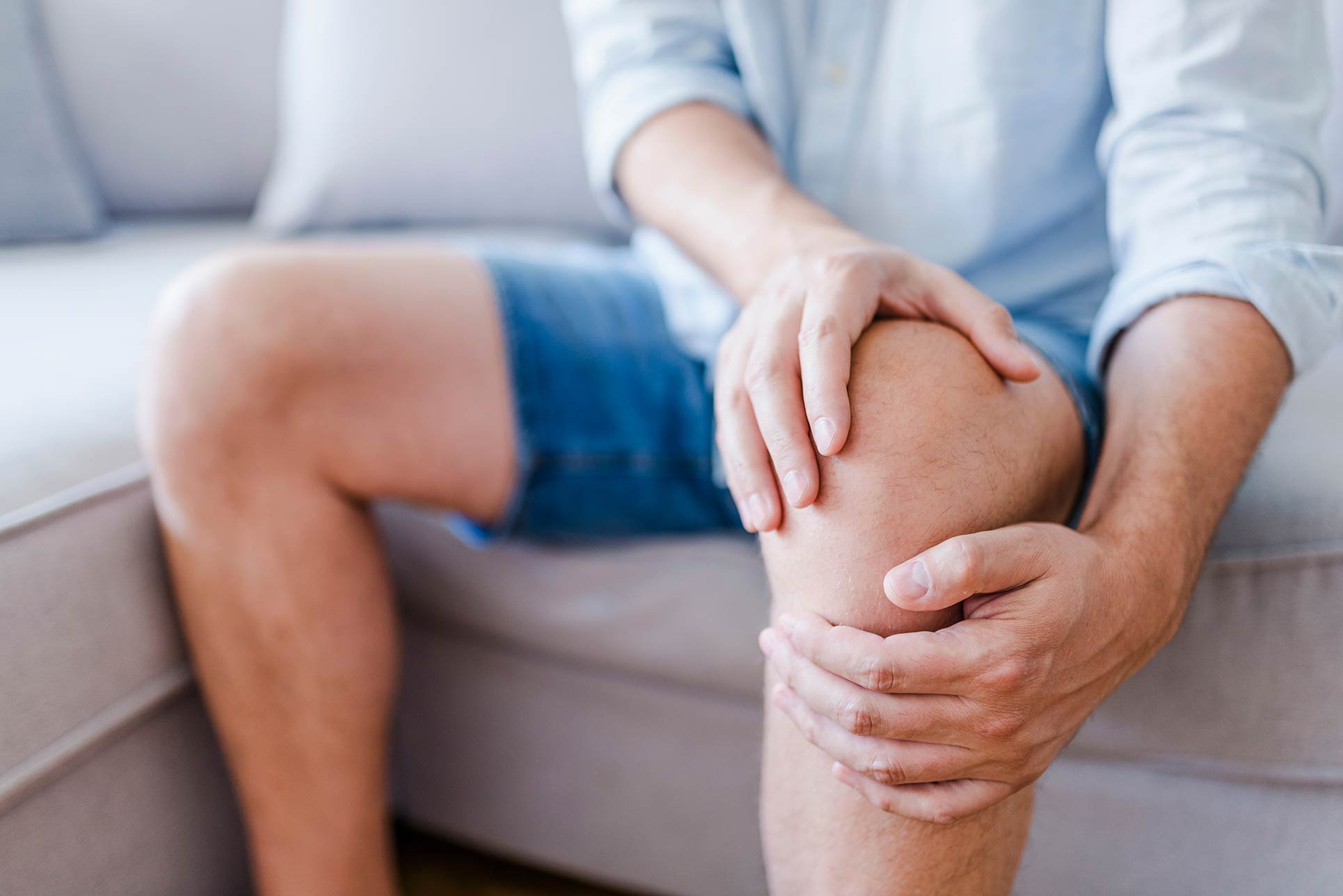 OSTEOARTHRITIS (ARTHRITIS) OF THE PATELLOFEMORAL JOINT

Knee arthritis is one of the leading causes of disability in developed countries. In particular, arthritis of the patellofemoral joint causes pain in the anterior part of the joint, making it difficult for the patient to perform daily activities.

The patella lies in front of the knee, specifically at the point where the tibia is joined to the femur. It protects the knee and connects the muscles of the anterior surface with the tibia. The femoral end and the lower surface of the patella are covered by articular cartilage. This helps to smooth the sliding motion of the patella onto the femoral groove as the joint moves.

Patellar fractures often cause damage to the articular cartilage that covers and protects the posterior surface of the bone. Even small displacements after fracture healing increase friction between the articular surfaces of the patella and the femur and thus the risk of arthritis of the patellar joint is greater.

Patellar dysplasia or hypoplasia of the lateral femoral condyle and the flattening of the intercondylar groove cause the patella not to properly move within the pulley and consequently lead to uneven load distribution that damage the cartilage. As a result, the articular cartilage of the patella is degenerated causing arthritis of the patellofemoral joint. 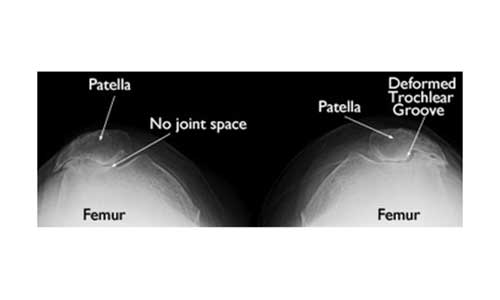 The main symptom of knee arthritis is pain and is located on the anterior surface of the knee. It may occur during periods of rest but most often it occurs after activities involving high forces on the patella, such as kneeling, climbing stairs and rising from low seats.

In addition, there is often a cracking sound heard during knee bending and stretching that can, at an advanced stage, block the knee when trying to extend it.

In general, the principles of treating arthritis of the patellofemoral joint are similar to those of knee arthritis and include:

If all conservative measures fail and the patient is not relieved of pain, surgical treatment is the next step. There are several alternatives and include:

In the case of lesions involving other parts of the knee, total knee arthroplasty is recommended.