Meniscus ruptures are some of the most common knee injuries. In particular, those involved in contact sports (football, basketball, etc.) are at higher risk of meniscus injury. However, meniscus rupture can be suffered by anyone without necessarily exercising. 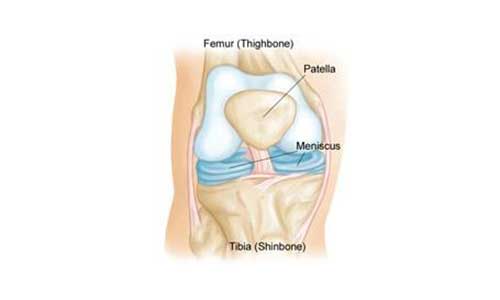 The knee joint consists of three bones: the femur, the tibia and the patella. The last one lies in front of the knee joint and provides, among other things, protection.

Between the femur and the tibia are the menisci, two crescent-shaped cartilage structures that function as “shock absorbers”. In their shape and composition, the two menisci (lateral and medial) contribute to the smooth functioning of the knee by smoothing the joint surfaces and distributing loads more effectively.

A meniscus can be injured in many different ways. The type of rupture depends on the morphology and localization of the lesion. Some of the most characteristic forms are “bucket handle” ruptures, oblique and radial ruptures.

Especially in athletes, meniscus ruptures are often accompanied by other injuries, such as the anterior cruciate ligament rupture. 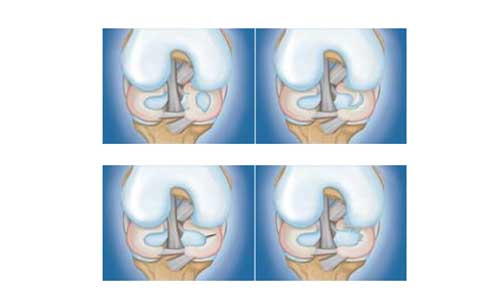 Meniscus ruptures most commonly occur during sports activities. Athletes can have a meniscus rupture after sudden and combined knee bending and turning movements. In elderly patients, ruptures are mainly degenerative as the meniscus deteriorates over time and becomes more prone to injuries. Even the sudden rise from a chair can cause a rupture to a degenerate meniscus.

The patient may feel a click during the injury. The vast majority of patients after injury are able to walk or continue to exercise. After two to three days, the knee becomes sore and edematous (swollen).

The most common symptoms include:

Without treatment, a segment of the meniscus can be released and intervene between the bone surfaces, thus inhibiting complete bending and extension of the knee (“knee block”).

After receiving a detailed medical history, the Orthopedist should examine the knee. Initially, the doctor checks for any sensitivity in the area where the meniscus is normally found. The presence of tenderness is consistent with meniscus injury.

Then, by using some useful manipulations such as the McMurray test, the injury is confirmed. More specifically, the Orthopedist bends and stretches the patient’s knee while trying to provoke rotational movements. In case of a meniscus rupture this handling will reproduce pain and a clicking sound.

Visual inspection is useful to confirm the diagnosis.

The treatment of a meniscus rupture will depend on the type of rupture, its size, and its location. The outer 1/3 of the meniscus is sufficiently bloodied (red zone). Rupture in this area of ​​the meniscus can be cured without surgery.

Longitudinal ruptures are a good example of ruptures with good prognosis.

On the contrary, the inner 2/3 of the meniscus (white zone) is characterized by poor blood supply, a fact that makes healing difficult, if not impossible. These complex injuries involve an already degenerated meniscus that cannot heal on its own, and in most cases requires the removal of the injured pieces.

In addition to the type of injury, the orthopedist must consider the age and level of activity of the patient to apply appropriate treatment.

If the rupture is minor and affects the outer part of the meniscus, surgery may not be necessary. As long as the symptoms subside and the knee is stable, the treatment is purely conservative:

If the symptoms do not subside, then arthroscopic surgery is recommended.

Surgical intervention: Knee arthroscopy is one of the most popular orthopedic procedures today. A special camera is inserted through a small incision (entrance gate) and the surgeon reviews the joint. With special arthroscopic tools inserted through other incisions, the meniscus pieces are removed or restored. Partial meniscectomy: During this procedure the degenerated meniscus is removed. 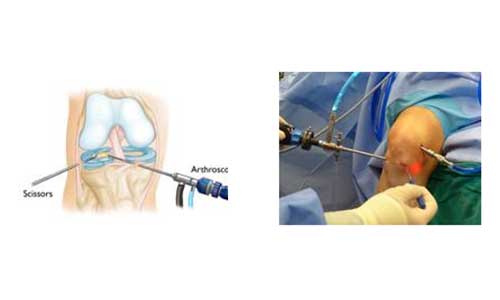 Meniscus suture: Some ruptures with specific features can be treated with suturing. Whether the meniscus will heal after suturing depends on the type of rupture and its location. The recovery time after suturing the meniscus is longer than the time needed after removal. 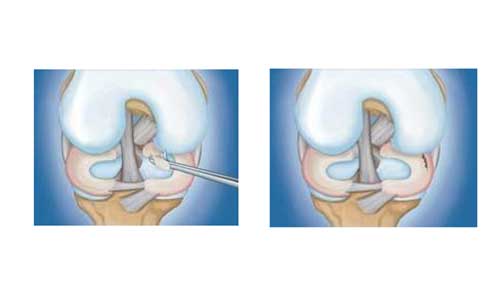 After surgery, the orthopedist may immobilize the knee with the help of a splint. In the case of suturing, the patient has to avoid weight-charging on the knee for a month, and after the first month to begin certain exercises. Initially the exercises are focused on regaining the range of motion of the joint and gradually adding a strengthening program.

Most of these exercises can be performed by the patient at home. But in some cases the orthopedist may recommend physiotherapy. The total time to repair after suturing is estimated at 3 months and after meniscectomy at approximately 3 to 4 weeks.

Meniscus ruptures are some of the most common knee injuries. With proper diagnosis, treatment and rehabilitation, patients return to their activities with no problems.