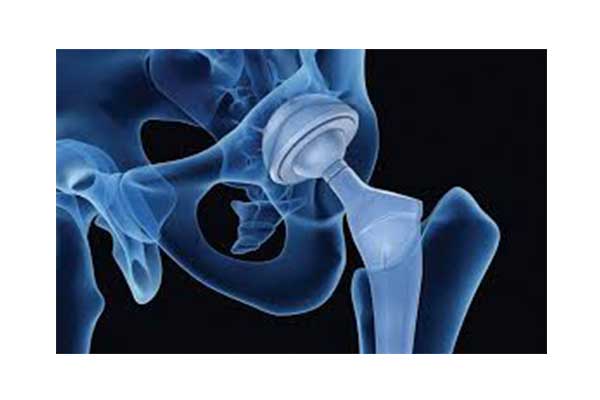 The hip consists of a spherical section – the head of the femur – and a concave socket – the pelvic acetabulum. The spherical head of the femur rotates freely within the acetabulum. To prevent friction, the area is covered by a smooth, glossy tissue – the cartilage – and by a small amount of synovial fluid, which acts as a lubricant in the motion of the parts of the joint.

Hip osteoarthritis is a chronic degenerative disease that occurs as a result of cartilage damage that covers the articular surfaces. This causes stiffness and lameness during walking, and gradually triggers pain, which is felt in the groin or in the anterior thigh surface and sometimes reflects on the knee. Thus, the patient’s activity is severely restricted. 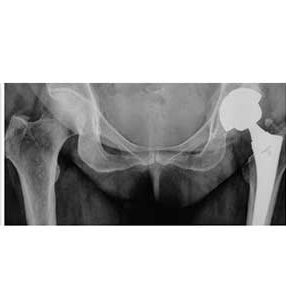 During early stages, the problem is treated with medication, but later on, drugs are no longer sufficient and then surgical treatment with total hip arthroplasty is necessary.

The successful outcome of the procedure allows the patient to regain a normal life.

Total hip arthroplasty replaces the damaged bone and cartilage with an artificial joint, which includes the femoral head and an acetabular cup.

There are various methods of performing the surgery, which differ mainly according to the way of access, that is, the way the surgeon reaches the joint.

This results in a correspondingly high blood loss during surgery, which typically requires transfusion of at least one blood unit.

Postoperatively, the patient may suffer due to pain, but the main problem is that it will take about six weeks until the injured soft tissues heal, while movements should be performed very cautiously and definitely with some help, such as a walking stroller or cane.

These problems have been addressed in recent years by minimally invasive surgical techniques (MIS).