After age 70, especially in osteoporotic women, the femoral neck (below the femoral head) fracture is the most common fracture due to a fall (along with Colles’ fracture of the distal forearm).

After the fall, the person, except for experiencing severe pain in the hip, cannot stand on the injured lower limb.

What is a femoral neck fracture?

In this injury, the neck of the femur just below the femoral head is broken. 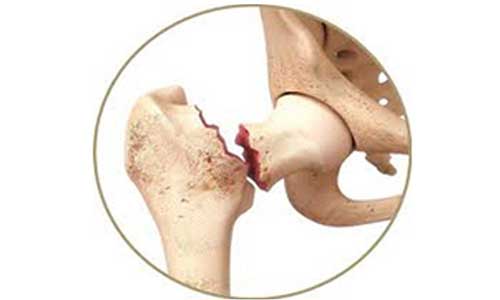 After the fracture the head is more or less dislocated and this displacement, measured in Garden I, Ⅱ, Ⅲ and IV scores, determines the type of treatment. 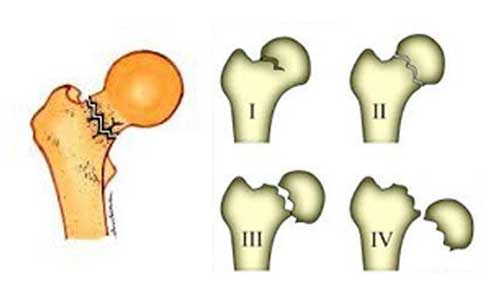 In score I there is no displacement; the head is “nailed” on the same position that it broke. In score Ⅱ it is placed in a slightly more “valgus” position. This helps to heal the fracture. Up to grade Ⅱ, due to non-displacement, the vessels (anterior, posterior) that provide blood circulation to the femoral head are usually intact and there is no risk of necrosis. 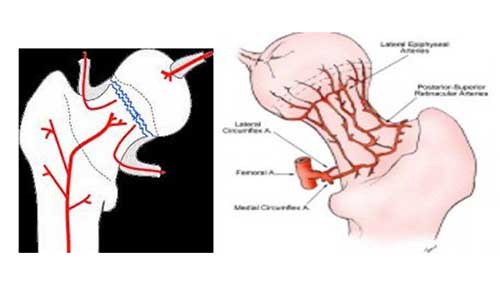 In scores Ⅲ and Ⅳ, the post-fractured head has shifted to another degree (dislocated) and the blood vessels are mostly blocked.

How is it diagnosed?

A person who has suffered a femoral neck fracture after falling cannot stand on the affected leg. In the supine position the injured extremity is shorter and outwardly oriented.

Active bending is impossible and any attempt to move it causes severe hip pain.

How is it treated?

The first concern is to safely transport the person to a hospital so that Garden Ⅰ or Ⅱ fractures will not be converted into Ⅲ or Ⅳ.

Garden I fractures can also be treated conservatively with skin traction for 20 days followed by careful mobilization and avoidance of weight charging (walking with a walking stroller, simply touching the affected leg) for 2 months after fracture. 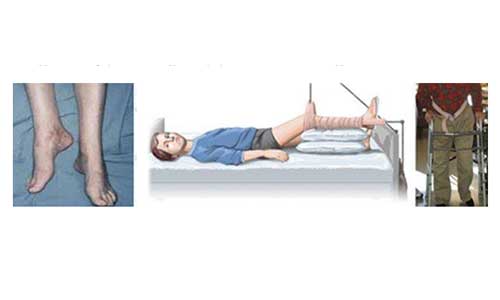 Progress of healing and non-shifting is monitored radiologically every 15 days (home X-ray with portable equipment). 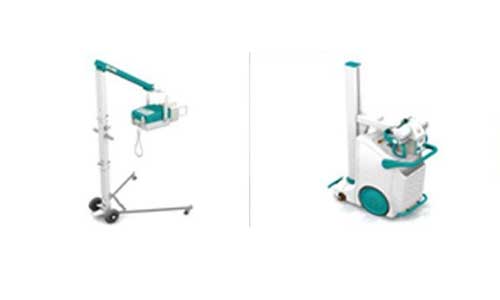 Garden Ⅱ fractures are best treated with a screw, so that the patient can move faster (to sit and walk on crutches or a walking stroller).

Crutches for weight discharge should be used for 2 months. 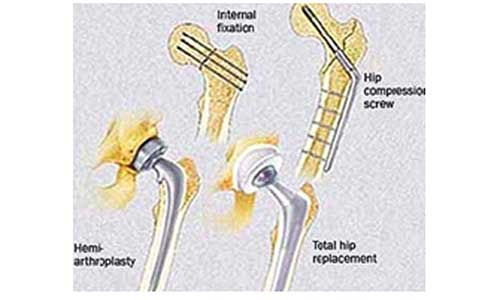 Garden Ⅲ fractures, in young people in particular, rearrangement and fixation of the femoral head with a screw or Richard nail is recommended. Crutches for weight discharge should be used for 2 months, but head necrosis may not be avoided (radiological examination one year later should be performed, as well as Te90 scintigraphy).

All patients should take oral anticoagulants for 6 weeks to prevent pulmonary embolism.