The biceps is a strong muscle on the front surface of the arm that twists and bends the elbow. The biceps is unique in that it is inserted on the tuberosity of the radius and origins through two heads from the shoulder blade. Thus, it crosses the arm and elbow. The long biceps head passes through a groove at the top of the humeral bone and is bent about 90° above the head of the humerus before reaching the top of the glenoid cavity. It adheres to the glenoid cavity through the cartilage. 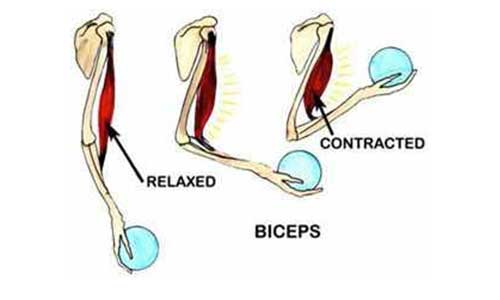 As the elbow flexes and the shoulder moves, the biceps tendon slides up and down in the groove (biceps groove) at the front of the shoulder and can actually move up to up to 6cm. During daily activities, such as weight lifting, great forces are exerted on the biceps. Sports involving throwing also exert great force on the biceps and its insertion on the upper surface of the glenoid cavity. 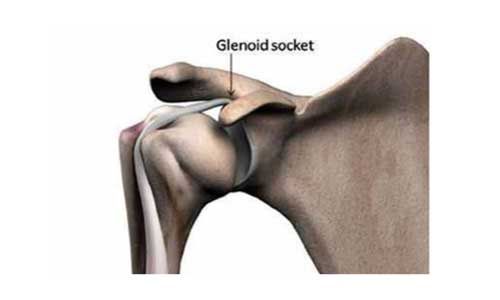 Biceps-related problems are either the result of repeated continuous movements, such as at work, or a sudden injury with or without rupture of the adjacent subscapularis tendon. When the injury is a consequence of chronic inflammation, then it is called biceps tendonitis. This is caused by friction and inflammation of the lubricating membrane (layer) surrounding the tendon. In repetitive injuries the tendon can become worn and torn as a rope when it slides repeatedly into a groove. The normal biceps tendon is smooth and white. The hymenitis is depicted in the following arthroscopic photograph, which shows inflammation that looks like very small vesicles around the tendon. 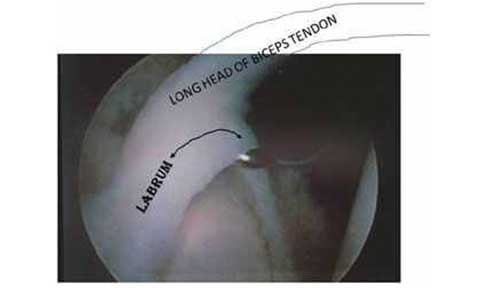 In some patients the tendon can suddenly be ruptured and then a distinct tumor may be observed on the biceps muscle, as the tendon recedes and the muscle shortens and enlarges. This is called a Popeye sign from the cartoon character that had biceps in such a shape.

In most patients there is no need to repair the tendon rupture.

The patient may notice that the pain gradually subsides.

This is due to the fact that the degenerated tendon no longer slides up and down the shoulder.

Occasionally a patient may experience pain and cramps or may not like the aesthetic effect.

In these cases, the biceps tendon is surgically repaired.

In cases where the subscapularis tendon ruptures as a result of an injury, the biceps tendon can be displaced from the groove usually in front of the shoulder.